The huge food demand to meet the needs of families with low income has always existed. Nowadays, however, due to the population growth and the so-called wage gap the demand for basic, healthy and safe food for the youngest ones has greatly increased.

In this context, the foundation Banc dels Aliments is doing great work, focusing on one of the most vulnerable parts of society. A non-profit foundation that, right from its beginnings in 1987, has stood out for its capacity for recovering non-marketable food but still suitable for consumption and making it available for the most needy social groups. This has always been their main objective. An activity that is also beneficial for the companies, allowing them to eliminate direct costs associated to the maintenance of stocks, reduce the environmental impact and act in a responsible way, thus enhancing the social value of the product and the company.

This year 2020 unprecedented events are taking place, complicating the collection of basic food for children. It’s under these circumstances when external support is most appreciated, as for example in the case of the company GRIT, which has done its bit through the sponsorship of the program “More Food for Children”. managed by the foundation Banc dels Aliments. A program which aims to collect and distribute products for infants and babies of families in situation of poverty, relieving thus the youngest ones’ basic needs.

The sponsorship agreement between both entities was concluded with the signature of Mr. José Luis Müller as CEO of GRIT and Mrs. Roser Brufau i Basté as Chairman of Banc dels Aliments, this way doubtlessly succeeding in adding value to their respective companies thanks to their shared solidarity.

For GRIT, it has been of utmost importance to share this initiative with all its staff. From all the different solidarity projects proposed by Banc dels Aliments, our staff unanimously selected the program “More Food for Children” as being the one which best reflects the values promoted by our company. .

What are your needs?

Thanks to its innovative capacity and highly qualified team, GRIT has received the Innovative SME Award granted by the Ministry of Economy, Industry and Competitiveness. A well-deserved distinction, conceded by this official body, highlighting once again GRIT’s strong commitment with innovation.

Statement on the measures taken by COVID-19

With the aim of stopping the spread of COVID-19, at GRIT we have adapted our daily activities to recent circumstances, in a totally flexible and effective way, always ensuring the safety of all the people who make up our company.

GRIT attends the AHR Expo 2020 in Orlando Share on linkedin Share on email During last February, from the 3rd to the 5th, the 72nd 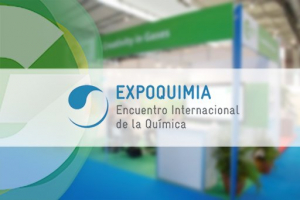 GRIT was present as an exhibitor in Chemical International Encounter Expoquima 2014 from 30 September to 3 October, which was held in the exhibition area in l’Hospitalet de Llobregat (Barcelona).
Many people visited our booth during these dates, and sharing our philosophy by introducing our current and future products and services within the chemical sector. 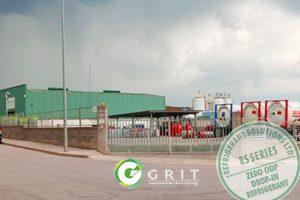 Through this press release, GASES RESEARCH INNOVATION AND TECHNOLOGY SL informs about the current situation regarding the RS range of refrigerants owned by RPL Holdings.

E.I. DUPONT DE NEMOURS AND COMPANY have issued a press release stating that they and STAR REFRIGERATION LIMITED have filed a lawsuit in Spain “against a manufacturer of refrigerants and its distributor, for the unauthorised use of refrigerants used in commercial refrigeration and in air conditioners”. We regard this statement as inaccurate and misleading, so GASES RESEARCH INNOVATION AND TECHNOLOGY, SL (GRIT) consider it necessary to reply and provide clarifications with this press release.

Madrid has hosted the twenty International Aerosol Congress. A Congress for professionals who have shown the latest innovations developed in the Sector.
Grit has been actively involved in organizing this event as a member of the Spanish Association of Aerosols (AEDA).
Grit wanted to be present with a booth where we kindly welcome its customers and suppliers, besides sponsoring the Congress to facilitate wireless internet access to all the people who have gone through the IFEMA fairground.

We use our own and third-party cookies so that you have the best user experience.
If you continue browsing we will consider that you accept both the use of these and our cookie policy.